After the French A-Levels obtained in 2009 with Merits, I applied to the GED formation which has been just created. Being an internationalist altogether with abilities in English, I thought this could worth it even if I did not know anything about the law, but my adventurous side took over! 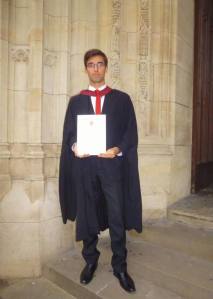 Maxime during his LLM Graduation ceremony

I was offered a place within the class and things to be said, year per year, deep friendships developed and are still existing even today. In order them to keep growing, we organized class trips such as going skiing in the Alps twice and going to Normandy a few weeks before leaving abroad.

The GED is first of all a human adventure, between high-valuated courses and particular attention to each of the student: this is definitely something to take into account especially for those who fear to be drown among the 1000 students of the University.

Moreover, the very advantage of the GED is the possibility to do a LLM during the fourth year, lots of law professionals find the program useful and valuates it more when it is done before the Master 2 (last year of French law program): it epitomizes a taste for adventure, gets you a diploma estimated worldwide and to a personal level, it brings highly valuable skills. Indeed, living and studying abroad, with other foreigners, in a tongue that might not be your mother tongue, does bring a cultural and linguistic knowledge like no other. 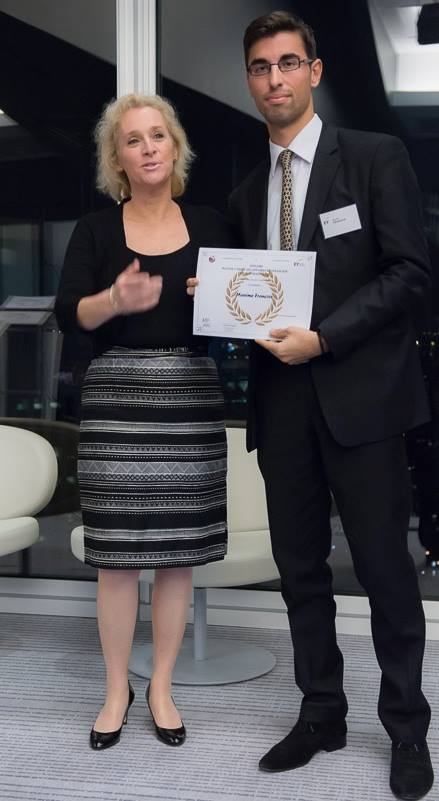 Eventually, for those who fear about the period after the LLM, don’t worry, it is definitely a springboard for the career: I got the chance to integrate the most prestigious Arbitration Master in France in Paris II while it is almost sure that without the LLM, I could not have.