As a former student within the GED and part of the first promotion that this double-diploma had, I truly believe in my abilities to give advice to those who would like to study this subject when being in their last year of the Bachelor program. 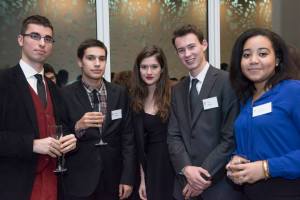 When you get into the 3rd year at the University, you should already have some solid basics on how the French law system is made: you had some teachings in civil law, administrative and constitutional law and even criminal law. The 3rd year is oriented so that you broaden your legal background on a larger scale by having European and International law modules. Part of it is the Public International law program in which you study how supra-national rules are incorporated within the French legal framework.

After this preliminary opening, let’s focus on what is PIL, also called Conflict of laws.

A very simple example, which probably will be given to you by your professor on the first day of class, will be the following: you’re French, you have a car and decide to go to Germany for a little trip. Once you arrived in Berlin, you unfortunately have a car accident in which a Spanish national is hurt. Two questions arise: which judge is competent to hear the dispute? Which law should be applied to the dispute? Boom you got it: that’s the summa division (always use some Latin, it impresses people) of the PIL program.

Once you have determined which judge will hear the dispute (in the example given, it will be the German judge), there is also the choice of the law applicable to the dispute. Indeed, that’s another beauty of the PIL: the choice of one jurisdiction doesn’t necessarily mean that the law of the judge chosen will be applicable.

Let’s change a bit my example so that you get the difference: you’re not French anymore (unfortunately) and you’re now Spanish. You still go to Germany and you still get a car accident in which a Spanish national is hurt. If the answer on conflict of jurisdictions doesn’t change, the German judge will be competent, the law applicable to the dispute will probably change: normally, it is the law of the country where the damage occurred that should apply (here, German law). However, when there is a law that is more closely connected to the parties in dispute, this law should be applied. Since there are 2 Spanish people involved in the accident, Spanish law might be applied (instead of German law) by the German judge.

This example is among the easiest that you can find in PIL which you may have understood is more dedicated to people who like thinking thoroughly and twist their minds because the answer is never obvious.

In the PIL module, you will always study first the rules established on the European level and then the national rules – applicable where the European rules don’t. This two-dimension study will allow you to distinguish the two systems and how one is working in parallel with the other.

Eventually, the last part of the module is dedicated to the recognition and enforcement of foreign judgments in France: following my example, once you have the German judgment, which conditions do you have to fulfill to apply it in France if you need to?

This is a summary of what you can expect to study during this year if you pick up one or the two modules of PIL at the University:

To conclude because I may have been already too long, studying PIL is a good choice for students who are interested by European and International law especially if they want to study in the Business law world. Personally, I really loved this subject and I made a specialized LLM in it (LLM with Litigation & Arbitration majors in Bristol) and it helped me find some professional opportunities since recruiters tend to appreciate people who have a broader legal background than just a national one. Moreover, for those who are interested in passing the French Bar, this is a subject which can be taken for the written and the oral exams.

In any case, feel free to contact me if you have any enquiries about Private International Law, I will be very happy to answer them!