This year, thanks to some motivated members of the association of the Grande Ecole du Droit (AEGED), the first year students benefited from a tutoring program. Indeed, every week during the first semester, a gathering was scheduled in order for the younger students to meet the previous generations and profit from their experience.

In those working sessions, various subjects were tackled. Most of the time, the first part of the class was more theoretical. Thus, the second-year students often explained technical or essential points that may not have been noticed or understood well enough. Then the attention was focused on methodology, which is what teachers need their students to acquire and apply rigorously. This part of the “class” was more practical since the first-year students talked about their personal difficulties regarding methodology and organization. The training session often ended with the second-year students sharing their best piece of advice to the younger and motivating them.

We reckon that this experience was very enriching for both promotions. This initiative shows that, in the GED, you not only feel secure thanks to your schoolmates, but you are also supported by all the members of the AEGED. This is a huge advantage because, usually, in university, the greatest difficulty comes from the fact that you can’t find anyone to give you an appropriate help, even just an encouragement or a working atmosphere.

Since everyone who participated seemed enthusiastic about what had been done, we decided to make it specific to the GED. That’s also the reason why it is now one of the missions of the association of the Grande Ecole du Droit (AEGED).

Since the beginning of the year, the “GED2” have been taking care of us. The first weeks are the toughest ones and require effort to adapt. The methodology is very different from the one we learn in high school, whichever branch we come from (literature, science or economy). The tutoring allows us not to get overwhelmed thanks to the tips the second-years give us: we get to study on our own and have an exterior point of view on our work at the same time. The second-years point out the mistakes we might make but they also let us correct them ourselves. Revisions for the exams and preparing for the next step [second year] are therefore way easier.

Setup of the project

As second year GED students, we were given the opportunity to cope with a project that we would particularly like to carry out, thanks to the very unique teaching called « Gestion de projet » taught by Maître Baller, our partner lawyer at EY Société d’Avocats. The making of such a project entailed writing an initial chart containing the major challenges of the project, its goals and tasks, its risks and the estimated time that it would take us to fulfill every task. It then implied creating a table to sum up all the information and develop a tasks calendar, in order to have a clear overview of everything that had to be done. 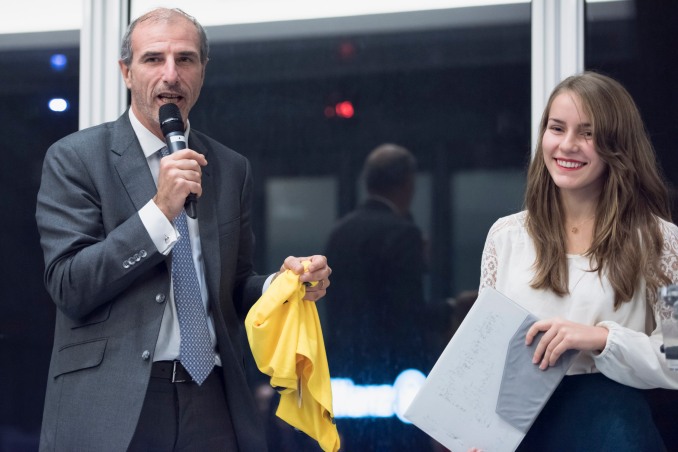 The major challenge of our project was to create a mentoring program for the first-year students of the GED (“GED1”) during the first semester based on the famous system of parenting. To a large extent, this means establishing a parenting system by taking into consideration several criteria and create effective “GED1”/”GED2” couples. Also, it is all about setting forth a formal system, which would continue to be carried out throughout the years. We wanted to make the tutoring that was already developed become more formal and more perennial.

We chose to go on with this project simply because we know that solidarity is one of the most important virtues of the Grande Ecole du Droit and that being able to help younger generations represents an initiative that illustrates it well. Also, we know that when we were first-year students we had a lot of fears or questions in mind that we would have liked to cheer up or ask without hesitation. It is now possible in the Grande Ecole du Droit and we are proud of having organized such a program, which, hopefully, will last for a long time.