A few days ago, I was reading the news and among all the titles, one in particular caught my attention: « The presidential candidates respond to the 11 recommendations made by the NGO Transparency International France. » Can you believe that students in second and third year of the Grande Ecole du Droit had participated in the elaboration of these recommendations?I was one of them and I can tell you that it was one of the most enriching experiences I have ever taken part in.

During the first semester, Professor Magnier offered some students the chance to work on a project with the French section of the German NGO Transparency International, known for leading the fight against corruption and driven by a vision of a world in which states, businesses, civil society and individuals in their daily lives would be spared with corruption in all its forms.

The issue of transparence already concerned my classmates and me, and I immediately knew that it was a great opportunity for us to embark in such a project. As I am a quite discreet student, I was not expecting to be responsible for the coordination of the mission. However, since I joined the Grande Ecole du Droit, I was confronted to a lot of opportunities that helped me grow and evolve. This experience was one of them.

For the upcoming presidential elections, Transparency international France launched a campaign in order to ask the candidates to commit to the 11 recommendations if they were elected. The recommendations of course dealt with the issue of public life transparence, therefore we particularly worked on the participation of citizens. We were asked to make a comparative study of the different legislations adopted by European countries, North America and even Asia, with Taiwan regarding two mains themes: the right of citizen petition and the mechanisms for citizen consultation prior to projects or bills. We were fortunate to work with Ms Bounaud, general delegate of Transparency International France, who is a great person with convictions.

After some long hours of research, I am proud to say that we met the challenge.

This experience has allowed us to gain a more concrete approach regarding the field of comparative law and the work with an NGO. Indeed, this mission has taught us the progress and shortcomings in this area between the countries studied. As citizens and law students, we were very proud to have been able to participate in this work, which was useful for the modernization of democratic life.

As you can imagine, we will of course continue to work with Transparency, in order to spread the issue of transparence that every societies have to overcome.

In this way, we invited Ms Bounaud during a conference where she presented the 11 presidential recommendations to the law students of our university. I assume they were quite interested about how we can improve the transparence of public life, especially on this time of presidential election in France.

We also had the chance to attend the yearly volunteers meeting. We were impressed by the number of new volunteers who wanted to join the association. As a matter of fact, they were mostly from law background such as law student, law teachers, former judge of the Cour de cassation but there were also people working in private sectors.

We realized that all these people wanted to improve the society as some of witnessed corruption during their work. We understood that corruption was an issue that society have to deal with, which is not only present in public life, but also in universities or private companies.

This meeting clearly motivated us to help Transparency in the new mission they have given us, consisting in developing information sheets about some concept of law for the general public. Being able to put into practice our legal knowledge to support a worthy cause is something that we are all proud of.

We are thankful to our director Professor Magnier and Ms Bounaud from T.I France for this amazing experience. 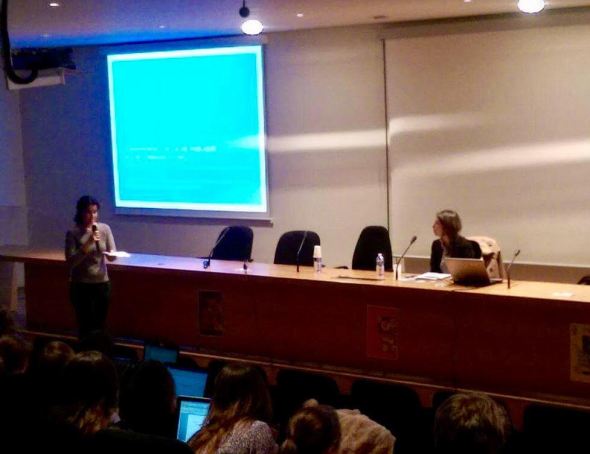 We invite you to visit the website of Transparency international France: https://transparency-france.org/

The 11 recommendations to the presidential candidates: https://transparency-france.org/recommandations-presidentielle-2017/

The presidential candidates who responded to the 11 recommendations : https://transparency-france.org/project/23032017-transparenceethique-de-vie-publique-candidats-sengagent/

Don’t hesitate to support them!